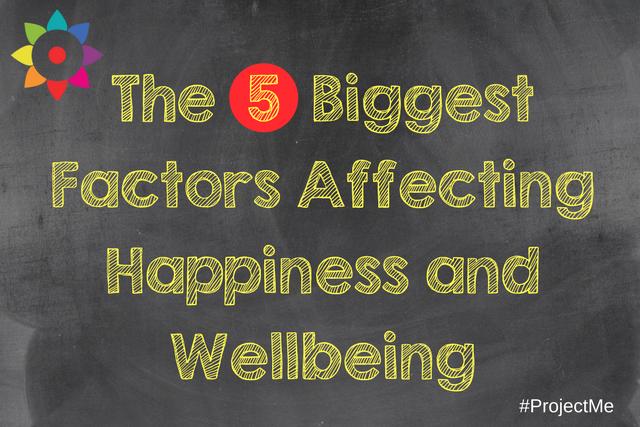 As someone who’s borderline obsessed with happiness and wellbeing, I was intrigued to read about a nationwide survey that measures people’s happiness and how well they live. I’ll link to the actual study at the end, but here are some of the highlights, along with my own observations.

I wasn’t surprised to learn that sleep has the strongest association with how well we feel we are living. My happiness levels absolutely increase or decrease in proportion to my quality of sleep. This study revealed that getting a good night’s sleep would be the equivalent to having four times as much disposable income!

If you’re a sleep deprived mama reading this in despair, hang on – here’s some good news: Perhaps surprisingly, the study found that families with young children are living best. They found a positive impact on wellbeing for parents of children under five years old, when parenting can be at its most intense. The value of parenthood and the stronger social bonds that tend to feature at this life stage outweighed the lack of sleep and financial pressures also associated with having young children, resulting in higher-than-average Living Well scores. There you go!

2. Strong support network and feeling a part of a community

Real and regular interactions with neighbours, friends and family make a difference to quality of life. Some 73 percent of those living very well report having strong support networks, and this group frequently meets socially with friends, families or colleagues. In comparison, just 12 percent of those struggling say they have strong support networks – and the majority of people in this group meet socially with friends, family or colleagues only once a month or less.

I’m a huge advocate of support networks. I meet up with my Power Posse once a month to work on our Project Me together. I’m also a member of the Driven Woman Network, and I run Project Me workshops and retreats to bring like-minded mamas together. My private Facebook group, ‘Project Me Goal Diggers’, is for everyone who’s ever joined on one of my online programmes and we’re there for each other in the ups and downs.  I’ve written a whole chapter in my new book about how to make new friends, deal with friendship issues and get more involved in your community.

Almost two thirds of those who scored highly in the study said that they were satisfied with their sex life. I’ve scoured the full report and nothing is revealed about why that is. I’d guess that those who rated their sex lives higher are in a happier relationship?

As someone whose libido completely dried up after the birth of my children – but who later got it back, I was relieved to re-new this important connection with my husband. I’ve never really appreciated the significance it plays in my overall happiness, but it does have me thinking…   You can read my personal story and How to Get Your Sex Drive Back here.

Of course we’ve all heard it a million times before, but surely having more money equals some degree of increase in wellbeing, right? Well, according to this study, a 50 per cent rise in disposable income contributes to just a 0.5 point increase in their ‘Living Well’ score.

Although money itself doesn’t make a significant difference in happiness, a perceived level of job security does. Job security brings peace of mind. Peace of mind brings happiness. It makes sense.

Not necessarily your own health, but worries about the health of close relations emerges as a significant barrier to happiness. I’ve worked with a few mamas lately who have a sick parent and I can understand the emotional toll that brings. Self-care is vital when you’re giving so much attention to the health of someone else. You’ll be no use to anyone if you don’t take care of yourself properly, so get to bed early, eat nutritiously, breathe fully, get fresh air and exercise.

Meditation is a wonderful self-care tool and this meditation app makes it easier for you to remember that worrying (about health, money, job security, or lack of a good sex life!) doesn’t solve anything. You can also become a Pro Problem Solver and learn how and figure things out on paper so you can take action instead of worrying about it.

Of course, what we can control in life will vary from person to person. Some things may be hard or impossible to change. Others may require us to think about changing our environment or habits to make it easier to live well. Project Me is all about getting to know and understand yourself better so you can be in charge of your own happiness.

Read more about the Sainsbury’s Living Well Index study here. It includes a quick online Living Well Quiz to see how you compare with the national average. *note: This is an ongoing study of Britains living in the UK.

Have you tried the Project Me Life Wheel® yet? It helps you do a quick self-assessment of the 8 Key Areas that make up your life so you can see where you’re in and out of balance right now. Simply pop your first name and email into the box and it’ll be sent to you straight away.

If you don’t find it in your main in-box, check your junk/promotions folder as it’s probably lurking in there.

In the comments below, tell us what you think plays a significant role in your own happiness and wellbeing? I’d love to hear any take-aways you got from what you’ve read here.