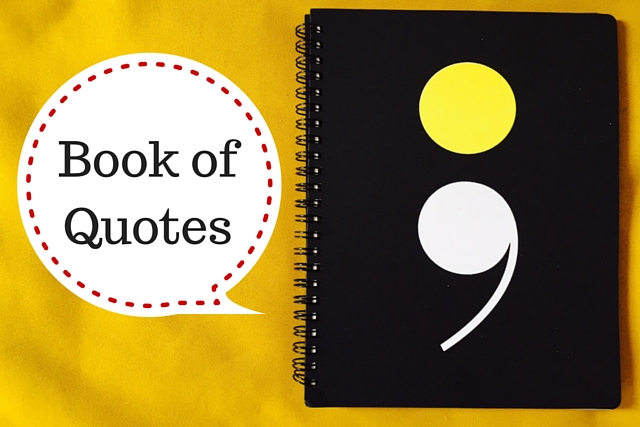 Keeping A Family Book of Quotes

Once your child starts talking, they never cease to come up with questions and comments that crack you up.

You might think you’ll remember this stuff, but there’s a good chance you won’t.

My boys are teenagers now and I’m kicking myself for not keeping a family book of quotes much earlier.

I used to say, ‘I’m going to write that in my book of quotes!’ as a joke, but I never got around to actually doing it until they were six and nine.

Better late than never! Our family book of quotes is a source of great amusement to me and I turn to it whenever I could use a good giggle.

To be honest, most of the quotes are from my husband. I’m often left speechless at the stuff that comes out of his mouth. They fall into the stupidly funny category, or so annoying that I may as well laugh about it rather than get upset.

Like the time he arrived at the gym, found me over on the cross training machine and said, ‘Wow – your ass is looking amazing! At first, I didn’t even think it was you!’

Ah, geez thanks?! You were staring at some other chick’s ass before you realised it was mine…

Or the time I asked him if he could be less serious and more positive. His reply: ‘Too much unchecked positivity will send you to Coo-Coo Land.’ (???)

I couldn’t resist writing down a stupid quote from one of my loveliest friends too. She was recommending a film she thought we’d like to watch with our teen and tween. ‘It’s called A Knights Tale. Keith Ledger made the film, before he died.’

Really? Not afterwards?? We had fits of laughter over it at the time and it makes me smile all over again when I see it in my book of quotes.

My family book of quotes also include brief snippets of stories I want to remember. Such as the time the school nurse called to say that my eight-year-old had squirted Tabasco sauce in his eye during lunch break. In all of her years of being a school nurse she thought she’d seen it all, but this was the first of its kind. And she wondered why I was sending him to school with a bottle of Tabasco sauce in his lunchbox. What can I say, some like it HOT! (You may have seen on my About Me page that I keep a mean hot sauce collection.) 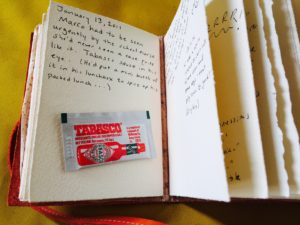 Kids say and do the funniest things!

Or there was the time I swam up beside my son who was looking off into the ocean with the most serene and meditative face. ‘What are you thinking about?’, I asked. He dreamily replied, ‘How good it feels to pee in the ocean.’ (I swam away very quickly!)

Using a family book of quotes to capture the amusing (or sweet or smart) things your family members say or do is a fun way to keep those memories alive. You may think you’ll never forget that one, but I’m telling you, there’s a good chance you won’t.

If your child is tiny, start one right away. And if they’re older, don’t think it’s too late. Teens say the funniest things too!

Try not to overdo it though. It could be tempting to write down too much, which would spoil the natural flow and make family members feel like their every word is being scrutinised.

Just save it for the real humdingers. 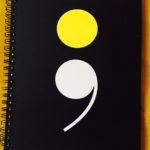 Our newest book of family quotes (bought at Ikea)

My family have pointed out that I don’t seem to write down the stupid stuff that comes out of my mouth.

I guess I never say anything stupid. 😉

In the comments below, tell me what you think about keeping a family book of quotes. And share any memorable quotes from your kids. I’d love to read them.

Not on the Project Me newsletter list yet? Come on over! Pop your first name and email below, then check your inbox for my free gift – the Project Me Life Wheel®.