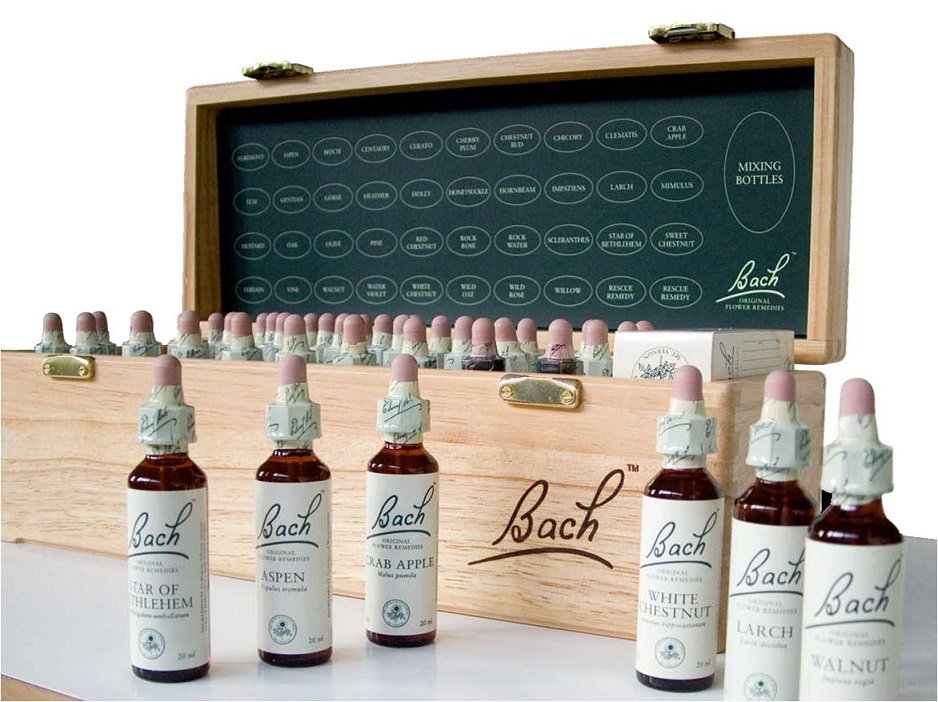 Bach Flower Remedies for You and Your Family

How would you like a magic box of natural potions that cured all of your emotional ups and downs?

Feeling gloomy? A few drops of potion on your tongue brightens you right up. Nervous and apprehensive? Take some as a confidence booster. Pondering a decision and can’t make up your mind? There’s one to help you feel decisive.

I possess this box of magic potions. My husband (the least ‘woo woo’ kind of guy you’ll ever meet) bought it for me.

He saw for himself how well they work for emotional states ranging from lethargy to resentment and we even gave some to our cat to combat jealousy when our first baby was born.

I decided I wanted to learn more and so did a few courses at the Bach Institute in London.

Bach Flower Remedies are a collection of different natural ‘potions’ that deal with emotional, rather than physical challenges. The most popular is Rescue Remedy which comes in a handy spray bottle and is a staple in any woman’s handbag. Dubbed ‘yoga in a bottle’, it’s safe, non-addictive and will save you from a mama meltdown when the going gets tough. 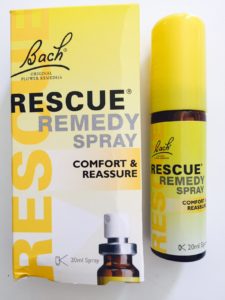 One of my favourite examples of their power is when my son was five and had a fear of using the bathroom at school. His teacher would discreetly hand me a plastic bag containing his soiled underwear at the end of the day. He was afraid of the ‘big boys’ and that the lock on the door wouldn’t work, so he refused to go.

I gave him some Bach Remedies:

Mimulus for fear and Larch for confidence. He wasn’t even aware I was putting a few drops into his juice each morning.

Several days later, his teacher asked to meet with me. She was concerned about a sudden change in behaviour and asked if there was anything going on at home which might be affecting him. I couldn’t think of anything and asked her to elaborate. It seemed he went from being afraid to being the king of the bathroom. He went there frequently, beating on the doors and making water fights!

His teacher said he was normally so mild-mannered and sensible, but now she could only describe him as ‘over-confident’. Whoops. I told her about the Bach Remedies and she pleaded ‘Can you stop giving them to him now please?’

The lesson I learned is that you need to monitor the results and stop once the negative emotion subsides.

Skeptics will argue the placebo effect and I say: If it works, it works – I don’t really care how. But I’m convinced it’s not all in the head as I’ve effectively used them with animals and children who’ve had no idea they were taking them.

My second son was incredibly clingy and never wanted to leave my side when we went to visit friends or attended birthday parties. I learned that Chicory is the remedy for clinginess and a few drops on his tongue or in water and off he’d go to play with the other children!

‘Bach Flower Remedies for Beginners’ by David Vennells is an excellent guide to each of the remedies with a description of the relevant remedy for any emotional symptom. My own copy is well worn, dog-eared and serves as my main reference for dosing out the magic potions.

The list goes on. There are 38 of these little wonders. They’re sold worldwide at pharmacists and health food stores without prescription. You won’t need the whole boxed collection that I have, only the ones that feel right for you. Take a few drops in water throughout the day until you notice the improvement. Often it can be instant.

Have you ever tried Bach Flower Remedies? Share your experiences in the comments below.